The Art and Art History Collections are located on the 3rd floor of Gorgas. While this guide provides information related to searching our collections online, you should take some time to browse the shelves!

The libraries' A-Z Database list is an excellent resource for identifying appropriate databases for your research. Select "Newspapers" or "Primary Sources" from the dropdown menu under All Database Types. 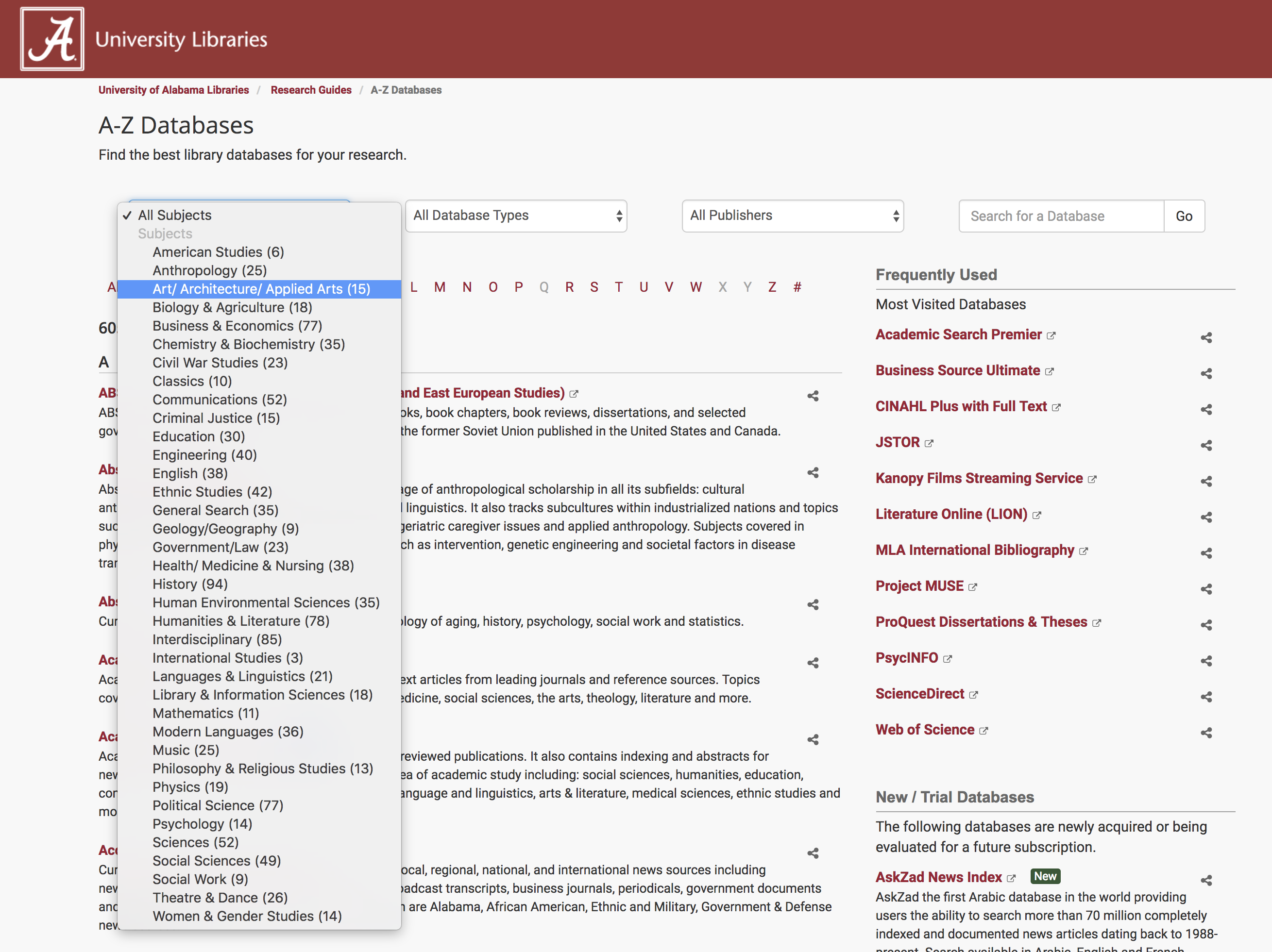