Welcome to the library guide for history research at the University of Alabama.

Secondary sources can be books, journal articles, and other kinds of materials.  Please choose from the following:

Play this question-and-answer game to learn the differences between primary and secondary sources! (it's not for a grade, just for fun and learning) 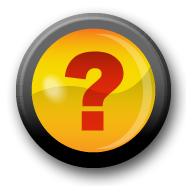 What are Secondary Sources?

For example, let's say you are writing a paper about the battle of Normandy (D-Day) in World War II:

Examples of secondary sources would include:

--a 2007 book discussing the tactics of the battle, written by a historian who wasn’t actually at the battle

--a video or movie showing a reenactment of the battle

--a book by an author who draws on hundreds of other sources about the battle, rather than sharing her or his personal experience