These resources offer a mixture of books, newspapers, images, diaries, and other primary source materials.

African-American Mosaic- a Library of Congress resource guide for the study of African-American history and culture.  Documents on colonization, abolition, migration, and civil rights. Contains materials from the WPA project.

American Memory Project- Gateway to rich primary source materials relating to the history and culture of the United States. Offers more than 7 million digital items from more than 100 historical collections.

Alabama Mosaic- a database of Alabama's culture and history. Several libraries and archives in the state digitized items in their collections to build Alabama Mosaic. Offers newspaper clippings, photographs, books, other materials from Alabama's earliest days to the present.

Documenting the American South-- a collection of sources on Southern history, literature and culture from the colonial period through the first decades of the 20th century. It is organized into the projects listed above. The Academic Affairs Library at the University of North Carolina at Chapel Hill sponsors DAS, and the texts come primarily from its Southern holdings.

You can also focus on a specific Southern state by using the State Archives Collections Online, a directory of digital collections by state.

Scout—gives the call number and locations of items in the Gorgas Library and Hoole Special Collection. Here are some techniques for locating primary sources using the Catalog:

Search for historical figures as authors.  For example, searching for Jefferson Davis as an author will locate writings and speeches of Davis.

The Hoole Library holds many primary sources that are not listed in the Catalog.

Whether they're daguerreotypes of soldiers or editorial cartoons of political leaders, images can be used as primary sources along with textual documents.

American Memory- gateway to rich primary source materials relating to the history and culture of the United States. Offers more than 7 million digital items from more than 100 historical collections.  Holds textual materials, but particularly noted for its images and multimedia items.  Created by the Library of Congress.

Images of the American Civil War: Photographs, Posters and Ephemera- battlefield photos, portraits, cartoons, song sheets, recruiting posters.  Many of the photos come from the Library of Congress Prints and Photographs Division.

You can also find images in many of the newspaper databases and Google Images.

The War of the Rebellion: A Compilation of the Official Records of the Union and Confederate Armies- One of the most heavily used sources for Civil War military history.  Contains government and private materials ranging from telegrams, dispatches, battle reports, letters, rosters, meeting notes, speeches.  Indispensable for Civil War studies.

Congressional Record- formerly known as the Congressional World or Congressional Globe, this is the official record of the debates held in Congress.  Read speeches and discussions about states’ rights, slavery, manufacturing, the New Deal and the World Wars, etc.

Journal of the Congress of the Confederate States of America- the records of the CSA Congress, offering the same types of materials as the Congressional Serial Set does for the USA.

Making of Modern Law- over 22,000 legal treatises from 1800 to the early 1900s. “Society and its changing morality can be studied through titles on the morality of the law. Discussion of cases, procedures and reasons for a change in the law, offer the historian a fascinating insight into attitudes, predominant prejudices and the manner in which society functioned.”  Read about laws regarding race, gender, and social class in the South.

The U.S. government is the largest publisher on earth, and the Congress, State Department, and various agencies have generated thousands of documents related to South history.  For example, government documents allow you to read civil rights laws, Congressional debates about desegregation, agricultural studies in Southern states, economic reports, and military orders from the Civil War.

Primary sources are original sources. They were created by someone who participated in or observed a historical event. They may consist of letters, diaries, memoirs, newspapers, images, government materials, or statistics. They may also include the original text, such as a novel, that an author wrote.

When selecting keywords for searches in primary source collections, try to use the words likely used by people of the time period. For example, during the 1860s, writers referred to the Civil War as the Civil War, The War To End Slavery, The War Against Northern Aggression, The War Between the States, Mr. Lincoln’s War, Mr. Davis’ War, The Second American Revolution, or other terms depending on their perspectives. Civil War battles were know by one name in the North and another name in the South. Try all the possible names for an event.

In addition to searching by keyword, browse by date. For example, search not only for “Gettysburg” but also by browsing newspapers published in summer 1863. Narrow and broaden your search terms to discover additional sources.

Please note that many of these collections offer not only feature articles but also letters, advertisements, editorials, classifieds, photos, puzzles, etc.

Civil War 1860-1865: A Newspaper Perspective- a small but key set of newspapers about the conflict.  Includes Richmond Enquirer and Charleston Mercury.

NewspaperARCHIVE.com- a range of small town newspapers in the South and elsewhere.  Depth of the coverage varies state-by-state.  Click the “Advanced Search” tab for the most precise searching.

ProQuest Historical Newspapers- a small set of national-level newspapers from the 1800s and 1900s.  Offers The New York Times (1851-2001), a paper that carried articles from many parts of America.  Also includes the Atlanta Journal-Constitution and Atlanta Daily World, papers offering regional coverage of the South.

The W.S. Hoole Special Collections Library holds many nineteenth century newspapers from Alabama and elsewhere on microfilm or in print.

You can use the collections below to find papers.  Please note that you can also find papers of specific people by typing in their name and a term like paper, memoirs, diaries in the Libraries' Catalog or Google.

American Memory- gateway to rich primary source materials relating to the history and culture of the United States. Offers more than 7 million digital items from more than 100 historical collections.  Holds textual materials, but particularly noted for its multimedia items.  Created by the Library of Congress.

American Civil War: Letters and Diaries- over 400 diaries, memoirs, or letters from the period written by over a thousand authors.  Soldiers, children, foreign observers, politicians are all represented.  Famous diaries, such as that of Mary Boykin Chestnut, along with lesser known manuscripts are featured.  “Browse” feature lets you easily find entries related to a particular battle, calendar day, or personal event.

Google Books- set the publication dates appropriately, and you can discover books, diaries, government documents, periodicals from the 1800s now available for free on the internet.  Frequently updated.

Libraries Catalog- searches for books at libraries on the UA campus.  Enter keywords like “diaries” or “memoirs” to narrow your search to these items.  Or, you can search for a particular person as an "Author" to find their diaries or memoirs.

Making of America: Cornell University- contains full-text primary sources in Southern history from the antebellum period through reconstruction. Particularly strong in the subject areas of education, psychology, sociology, religion, and science and technology.  Also see the Michgan site for Making of America

North American Women's Letters and Diaries- "largest collection of women's diaries and correspondence ever assembled. Spanning more than 300 years, it brings the personal experiences of 1,500 women to researchers, students, and general readers to life."  Offers “Historical Events” and “Personal Events” lists under the “Browse” feature.

LexisNexis Academic- an exceptional resource for news topics from the past twenty years. You can focus your search on Alabama news sources.  Includes foreign newspapers, news wires, TV and radio news transcripts, college newspapers, and polls. Users must first choose the type of information they want to search from the menus before searching. Includes transcripts from shows like Oprah Winfrey, Larry King, Entertainment Tonight, 60 Minutes.

You Tube- you might look for video clips from credible sources.

Using You Tube, researchers can uncover video and audio recordings of historical events that are primary sources.  If you are researching civil rights in America, here for example is a recording of Martin Luther King Jr.'s "I Have a Dream Speech" in 1963.  Please be sure any clip you find on You Tube comes from a credible source.

What do I look for when I read primary sources?

Once you find a primary source, how do you read and analyze it?  Here's a couple of links that offer tips on analyzing primary sources:

How to Read a Primary Source (Bowdin College) 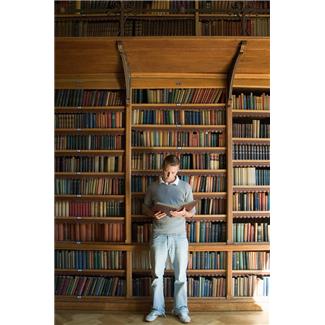 Oxford English Dictionary Online- this is the largest dictionary of the English language ever created.  You can find definitions as well as etymologies (word histories).  It includes officially-recognized words as well as Southern slang like "y'all".  It also encompasses extinct words from early periods of Southern history.

MLA Formatting and Style Guide- this guide developed by Purdue University gives basic examples of how to cite books, articles, and other sources.  Please consult the MLA Handbook and your instructor for advice.