Native Americans have profoundly influenced the South in many ways.

Find out more about Native American culture and its influence on Southern history through the resources on this page.

Facts on the American Indian and Alaskan Tribal Population (Census) 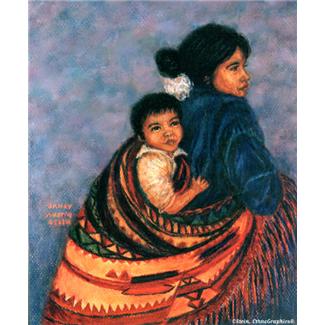 Literature Online (LION)--click "Authors" on the left sidebar, scroll down and type "Native American" in quotation marks in the "Ethnicity" box, and click the purple"Search" box at the top right.  You will a list of Native American authors along with links to their writings, biographies, and criticism.  (Some are Southern while some come from other regions).

The Cambridge Companion to Native American Literature can help you identify authors and titles of interest.

Native Languages of the Americas--"dedicated to preserving and promoting American Indian tribal languages, particularly through the use of Internet technology."

American Memory --"gateway to rich primary source materials relating to the history and culture of the United States from the Library of Congress. Offers more than 7 million digital items from more than 100 historical collections."

Chickasaw Historical Research Page--primary sources from the history of a large Southern tribe.

Documenting the American South--"collection of sources on Southern history, literature and culture from the colonial period through the first decades of the 20th century."

Early Americas Digital Archive--"a collection of electronic texts and links to texts originally written in or about the Americas from 1492 to approximately 1820."

Exploring the Early Americas--"features selections from the more than 3,000 rare maps, documents, paintings, prints, and artifacts that make up the Jay I. Kislak Collection at the Library of Congress. It provides insight into indigenous cultures, the drama of the encounters between Native Americans and European explorers."

Sabin Americana, 1500-1926--"contains works about the Americas published throughout the world from 1500 to the early 1900's. Included are books, pamphlets, serials and other documents that provide original accounts of exploration... the western movement... Native Americans,...military actions and much more."