The South: Culture and History: Politics

Opposing Viewpoints Resource Center offers arguments for and against current political and social policies and issues, including many debates related to the South such as gun control, death penalty, hunting, racism, education, the environment. 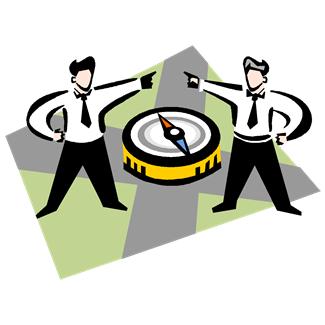 Google Scholar- University of Alabama's portal for Google Scholar. Google Scholar is a special part of Google that only finds scholarly articles. As a UA student, you can access the texts of many of these articles by clicking the links that say "Full-Text @ UAlabama".

Google Uncle Sam--easy to use, this Google portal searches only government materials.  Mainly current materials, but there are some older documents.

HeinOnline--read the Congressional Record/World (the official record of Congress), full-text of legal periodical articles, Supreme Court cases and opinions such as Brown vs. Board of Education, U.S. Attorney General opinions.

Making of Modern Law - "digital images on every page of 22,000 legal treatises on US and British law published from 1800 through 1926. Excellent primary source material. Society and its changing morality can be studied through titles on the morality of the law. Discussion of cases, procedures and reasons for a change in the law, offer the historian a fascinating insight into attitudes, predominant prejudices and the manner in which society functioned."  You can research laws about race and gender in the South, for example.

Official Records of the War of Rebellion--read letters, dispatches, orders, battle plans, field reports, and other materials of the American Civil War.

Facing South--a great newsletter for Southern topics described as "a new voice for a changing South."

Gun and Garden: Soul of the South--"A Southern lifestyle magazine that's all about the magic of the new South - sporting culture, food, music, art, literature, people, and ideas."

LexisNexis Academic- an exceptional resource for news topics from the past twenty years. You can focus your search on news sources from Alabama or other Southern states.  Includes foreign newspapers, news wires, TV and radio news transcripts, college newspapers, and political polls. Users must first choose the type of information they want to search from the menus before searching. Includes transcripts from shows like Oprah Winfrey, Larry King, Entertainment Tonight, 60 Minutes.

Newspaper Source--many major Southern newspapers from the 1990s to the present day.

NewspaperARCHIVE.com--offers small town and big city newspapers from the South from the 1800s to the present.

ProQuest Newspapers--the Atlanta Journal-Constitution and many other Southern papers.

Southern Poverty Law Center--news about civil rights in the South.

Southern Spaces--"an interdisciplinary journal about regions, places, and cultures of the American South and their global connection."

Here is a list of a few famous Southern politicians along with recommended print and electronic resources, you can find more Southern leaders in American National Biography Online.

Considered to be the Father of the United States, Washington was a Virginian.

Jefferson, a Virginian, believed in the "agrarian ideal", the idea that farm life was purer, more righteous, and more democratic than life in cities.  This philosophy has influenced many Southerners up to the present day both in terms of politics as well as country music and other cultural practices.

Jackson came from humble origins on the North Carolina-South Carolina border to become the Seventh President of the United States.

Calhoun, a South Carolinian, was a famous Senator and "fire eater", a Southerner advocating secession.

Washington advocated African-American advancement in the South through education and economics.

Long, also known as "the Kingfish", was elected Governor of Louisiana in 1928, and advocated a "Share Our Wealth" program that would have redistributed America's wealth more equally and implemented various socialist measures during the Great Depression.

Wallace was the famous Governor of Alabama who made the "stand in the school house door" speech in support of segregation at the University of Alabama.  However, he later changed his ways and supported civil rights. 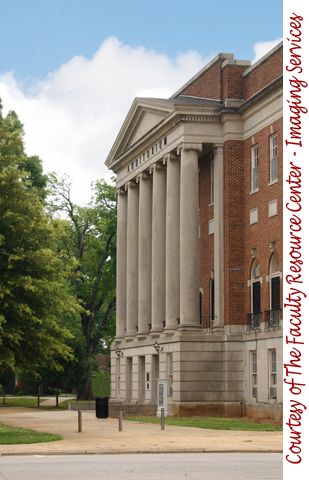 Foster Auditorium today.  The Auditorium was the site of Governor Wallace's "stand in the school house door" in 1963. Read about the renovation of the building and the celebration of integration at UA at The University of Alabama: A New Beginning.

Historical Editions of the Statistical Abstract--a great starting point for historical statistics for the South and the rest of the world, includes political military, economic, social data.  Goes back to the 1800s.

Historical Statistics of the United States--data on topics ranging from migration and health to crime and the Confederate States of America. Fully searchable, this resource permits users to graph individual tables and create customized tables and spreadsheets reflecting their own particular areas of interest.

Census--access U.S. census data, offers email help with the data. The University of Virginia offers access to a great deal of historical census data through the Historical Census Data Browser.

If you're going to use a lot of statistics in a paper, you can find practical help at Making Sense of Numbers.

Open Secrets (Money in Politics) is a nonpartisan resource that tells what lobbying groups donated to which politicians, reports on earmarks and PACs, and provides personal finance data on politicians.  Choose your favorite current Southern politician and find out their secrets!